0
was successfully added to your cart.

It’s fair to say that Hannah Jane Kile has lived a life of constant adjustment, both personally and musically.
Over the last decade or so, the Auburn-born singer/songwriter — who admits to having been “a sensitive kid” — has grown, along with her music, into a confident twenty-something musical hyphenate.
Hannah Jane Kile’s blend of folk, jazz, classical and pop is delivered through a number of different vehicles: as a member of the highly acclaimed folk trio Dear Darling; as vocalist/instrumentalist with the seven-piece ensemble Solabel; and as a solo artist with four self-penned albums.
The daughter of a jazz musician raised by grandparents until age seven, hers was a childhood filled with intergenerational musical influences that ranged from Grand Ole Opry stalwarts Porter Wagoner and Dolly Parton to jazz icons Billie Holiday and Ella Fitzgerald. Finding refuge in musical theatre during her teenage years, Kile insists, taught her the importance of being “a musical chameleon” if she was to survive in her chosen field.
Recognized for more than her considerable vocal skills, Hannah Jane Kile’s proficiency as an acoustic and electric guitarist has been lauded by both peers and critics who have often called her “a player who sings, rather than a singer who plays.” Follow that up with classical voice training and an enduring infatuation with the music of Steven Sondheim, and you have the genre-defying voice that is Hannah Jane Kile.
While her early songwriting reflects the trials and tribulations of a young woman navigating difficult times, recent efforts — expressed through her various musical vehicles — show a newfound confidence and self-assurance that has moved the twenty-something-year-old performer well beyond past-life cruelties.
Echoes of favorite contemporary vocalists like Bonnie Raitt are evident in tracks like “Warm your Heart” from the 2018 CD Little Blue Heron, and her YouTube cover of Adele’s “One and Only.”
Pre-pandemic success as an opening act in songwriter showcases for Grammy Award winner Patty Griffin, Ingrid Michelson and blues legend Carolyn Wonderland pave the way for an exciting year to come.

Hannah Jane Kile’s solo release, Winter, dropped Dec. 21; Solabel is currently recording their first album of original music to be released in late 2022; and the success of Dear Darling has earned the folk trio a berth on the Norwegian Pearl, selected as one of the opening acts for the 14th Annual Cayamo “Journey Through Song,” a seven-day musical cruise through the Caribbean. The Sacramento-based trio served as an opening act for headliners Emmylou Harris, Grace Potter, Indigo Girls, the Punch Brothers and the Mavericks.

For fans of the chameleon-like Hannah Jane Kile, expect 2022 to show more of the singer/songwriter’s coat of many colors — in all her diversified musical forms. 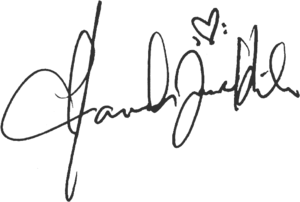